It’s true. Regardless of how you feel about it, one must experience “The City Of Love” at least once.

When I worked as a stripper in Las Vegas, one of my friends was absolutely obsessed with Paris. American herself, she spent few months there and absolutely fell in love. When she lived in Paris, she was poor and lived in a shabby little flat, yet she could talk for hours of little cafes Paris is so famous for, museums,architecture.
Her dream was to get married in Paris (if and when she found a suitable husband).

As prostitution is illegal in Las Vegas, those girls who wished  to ply the trade had to be creative in identifying legitimate clients. Often times guys approached us in strip clubs with requests for “private time” in their hotel rooms.
We had to be super careful, though, as those guys could be cops (undercover stings in Vegas strip clubs were only too popular).
The most delicate part was discussing the amount of compensation for companionship, as having sex is not against the law and we were free to shag any and all strip club clients outside of the club to our heart’s content… For free. Illegal part was exchanging money for sex.
I’ve talked before about my system of ambiguous double-talk, when in response to client’s request to join him in his hotel room I stipulated that there would be a “token of appreciation” involved. Smart guys caught on straight away and really slow ones were not worth bothering with,as they could potentially cause more trouble with their ignorance.

One Sunday afternoon I was working at Olympic Gardens (one of the bigger and more popular of Vegas’ strip clubs). Sundays were usually pretty slow for business, but it also meant there were not too many girls on.
I always liked to work on Sundays: often times really nice guys stopped by and I’ve met some of my best clients on those days, as it was fairly quiet and we could actually have a nice conversation.
Glenn wasn’t the exception. He was a well-mannered English businessman, smartly dressed and smelling subtly of an expensive after shave.
We started talking, he bought a dance or two… Inevitably, conversation went around going back to his hotel room.
That’s when we hit the snag.
Apparently, Glenn was one of those guys who are adamant about NOT paying for sex. Buying a few dances was all good and well, but he was under the impression that he could get sex for free anytime from anyone if he applied enough charm…
He was, in fact, charming-no question about that. And very nice. But providing companionship is what I do for a living and that was not about to change.
I found his position funny,as a matter of fact, as it would be akin to me going into a shop and being very,VERY nice to a shopkeeper with expectations of free goods/services.
I gently reminded Glenn that we were in a strip club, after all, NOT at a social function. I was there to earn a living. His charm and witty mind, as attractive and entertaining as they might be, were not going to pay my mortgage.
We went like that, back and forth, for a while… Glenn wasn’t giving up (he admitted later he really liked me and was determined to get to know me better).
In the end, we’ve made a compromise: he did agree to pay, but I gave him a substantial discount-instead of my usual $500, I was only going to charge him $300.
As we made our way to his hotel in my car, he kept bringing up the fact that this was the first time ever he had to pay to get laid.. Well, I said, you know what they say: there is a first time for everything..LOL..
Glenn was in US on a week-long business trip from England (he owned a very successful business).
We did end up getting to know each other quite well.
He took me on a trip to LA and helped me set up my nail business (purchased some supplies and equipment).
He told me that he was in a long-term relationship (not married), but felt stifled and restless (variation of mid-life crisis). His girlfriend worked with him in a small town in England, thus making it hard for him to stray.
We stayed in touch via email and phone calls after Glenn’s return to England. It was all very casual and matter-of-fact.

In the meantime, my Paris-loving girlfriend met her husband-to-be! It was all very sudden and unexpected and the next thing I knew she flew to Seattle to spend a few weeks with him and he proposed.The wedding was to be in Paris in May.
As I was telling Glenn about it, he saw that as a perfect opportunity for us to see each other.
He bought me a plane ticket and I was to fly to London, spend a couple of days there with him, then both of us were going to make our way to Paris, attend the wedding, enjoy France for a few days, then back home.
That trip was absolutely fantastic!
As I’ve mentioned before, Glenn was well-to-do. Although he lived in the country, he spent quite a bit of time in London, so he got himself a membership in a private club (members and their guests ONLY, very strictly enforced) where there was hotel-type accommodation available for short stays.
That’s where Glenn and I stayed during my visit.
The place was famous: during the WWII  Russian double-spy Andrew Blunt used to live there (back then it was just a block of flats). It had claw-feet tubs, ornate ceilings, beautiful silk-upholstered furniture,etc 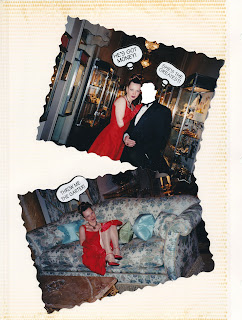 I adore theater, so Glenn took my to The National to see “Private Lives”.
We went sightseeing (I’ve never been to London before) and shopping at Harrod’s.

The next day we caught Eurostar Express from Waterloo to Paris.
Premium First class-Glenn  only wanted the best. He booked a room at The Ritz for us in Paris.
What an amazing few days! 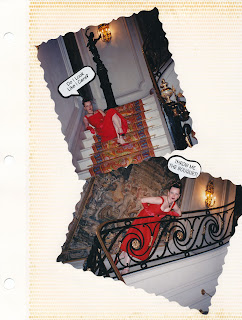 My friend (bride-to-be) came over to get dressed for her wedding in our room,as her and her fiancee were staying in a small hotel with no room service. Ritz staff was so attentive: they brought up endless cups of tea and steamed her dress.
The night before, Glenn “closed” the hotel’s Hemingway bar (meaning he paid enough money for staff not to let anyone but our party in) and we had a great combination bachelor/bachelorette party. Champagne just kept on coming :).
My friend was so happy and pleased-she never expected anything like that.
The ceremony was to be on the bank of Seine river and the weather was perfect for it.
When my friend exited the hotel, all dressed up, on Glenn’s arm (he was to give her away) many onlookers were taking photos of her exit-Ritz Paris is known to be a favorite hotel for many celebrities, so people generally just stand in the square in front of it, taking photos of anyone they THINK might be famous…LOL.. 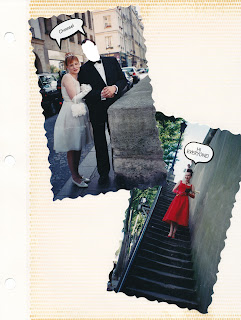 After the ceremony we all took a boat ride and had a lovely dinner.
It was a very small wedding (only 7 people, including the Minister, who was a friend of the bride’s), but very special nonetheless. 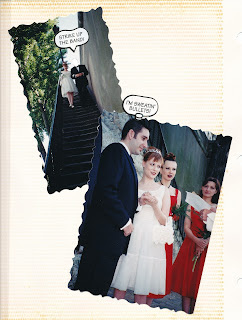 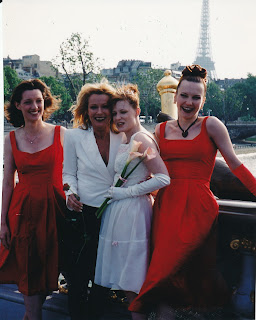 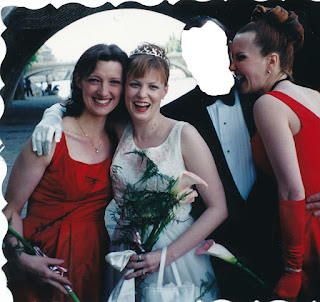 Next day Glenn and I spent walking around Paris, taking in the sights. We went through Louvre, of course and gone to Montmartre. 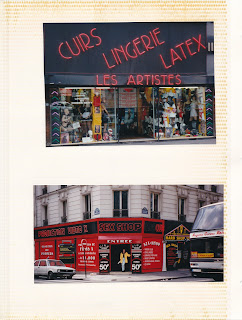 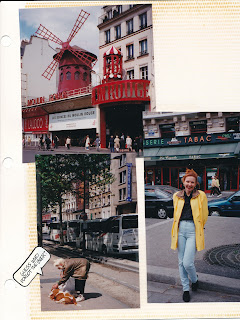 Late at night we were sitting in a bistro, having dinner, when Glenn suddenly asked me to marry him.
It came completely out of the left field-the whole “Paris thing” and being at a wedding must have gotten to him.
I sat there like a deer trapped in headlights. I liked Glenn well enough, but definitely not in that way. And I certainly had no desire to marry him (or anyone else for that matter).
I tried to ease out of  delicate subject by talking about logistics: if we were to get married, I would have to move to London… In the meantime, my parents were going to move to US with me, so I would have to change all those arrangements…
We’ve decided to table the matter and talk about it later…
Thankfully, I went home the next day and it never came up again.
Glenn and I stayed in touch and we saw each other once again, a year later, in Seattle, when my now married friend organised a second wedding for those who couldn’t attend the one in Paris.
Our meeting went allright, but we have drifted apart over year’s time and were just aquiatances to each other at that stage.

I am very grateful to Glenn for giving me my Paris: it was amazing and unforgettable.

P.S. Obviously, I removed Glenn’s face from the photos for discretionary reasons