But let me start from the very beginning.
First shock came when I started receiving phone calls in responce to my private ad. As I am not a novice in working as a private escort, I’ve made my ad quite informative,describing what is included in the service and listing the prices.
That’s why I was a bit surprised when I started getting phone calls from punters asking me “what extras do I offer” (I was specific in saying that GFE is included in the price in my ad). Turns out, that question is a code for “Do you do natural oral (uncovered blow jobs)”.
Unprotected sex (both oral and full) is illegal in Victoria, so I was taken aback by the number of requests and bluntness of them.
That’s when I started taking a closer look at various forum posts.
Turns out the reason most  private WGs in Australia charge between $500 and $700 an hour for their services is that BBBJ (bare back blow job) is included in the price. Although an illegal practice, this is openly discussed on the forums and a lot of girls not only admit to doing it, but advertise it!
Well, I was only charging $250/hr, so assumption was that guys will get the hint. Oh,no! Not at all. What they thought instead was that I am some dumb foreign chick, fresh from the boat, who gives it away!
I realised that I’ve lived somewhat sheltered life for almost 2 years, working for the parlours only (in Australia),as BBBJ requests are not all that frequent or common in the establishments.
Which brings me to the second shock. I’ve been hearing about this one parlour where BBBJ was on offer on a regular basis,according to rumours.
I am not the one to believe any hearsay-I like to find things out for myself, if at all possible. So I went to do a shift in that place.
Yip, all the rumours are true (sadly). I couldn’t believe that guys would ask for uncovered BJs and FS right there in the intro room in plain view/hearing range of the receptionist.
Health-risk aware clients come there, too-I had 5 bookings total in 2 days with gentlemen who neither asked for, nor expected uncovered services. But mostly it’s the place guys go to for one reason and one reason alone: BBBJ and in case of some WGs, fully unprotected sex.
To illustrate my point, please allow me to copy and paste a review done on one of the workers in that parlour recently. This was posted on an open Forum, for the whole world to see, with names of the establishment and the worker clearly spelled out, so I am not breaching any confidences.

On impulse I visited TMC after midnight after reading reviews of Jane. As it turns out its the same Jane I’d visited years ago at another parlour. I thought about getting introduced to the other girls but Jane began to give me an early showing of what she can do, so I chose her

We went upstairs and she proceeded to DFK before going back downstairs to get ready. Once she came back up we got down to business. She has amazing nipples and she is very passionate. She gave me an excellent BBBJ. However I think I chose to come in when my mind was saying yes but my tired body was saying no, as the sex didn’t last long before she continued a BBBJ finishing with CIM.
She has wonderful service and personality it just wasn’t the right night for me. Still highly recommended and I can’t wait to go in when I have the energy to get some greek from her

Here’s some background: Jane has been working in Melbourne in various parlours for decades. She has done the same “consistent” service for the same amount of time (testimony to which are many,MANY reviews and comments on Australian forums).
I want you to understand the situation fully.
In Australia, the way “protocol” in parlours works is such:
Gentleman comes in and is shown to a (semi) private room. Girls enter one by one, introducing themselves and describing their services.
Client goes to reception,names the girl he wants to stay with and pays. The girl is summoned to the front, she takes the guy into the room where she performs “health check”- she inspects client’s penis for visible signs of STD’s.
If everything looks good, WG leaves the room and the guy jumps in the shower.
Girl uses that time to gargle her mouth, freshen up,etc. She gets back into the room (ideally when the client just finished with the shower) and that’s when the booking (time) starts.
Often times, when WGs are at the end of their booking and they hear the doorbell (which means new customer just came in),they rush to walk their current customer out of the door in order to do the new intro (which means they don’t take time to shower or freshen  themselves up).
I know this because my GF is a parlour receptionist and she’s told me of a few instances when  clients made comments (i.e. they observed the girl they just finished with getting dressed without taking a shower and realised that, quite possibly, the same thing happened before she went into the room with THEM).
Personally, I NEED my nice long hot shower (preferably with movable shower hand to wash off all the important bits properly) after each booking. I use PH balanced soap I bring to the parlours with me as well to avoid excessive drying of the skin,as I use a lot of soap.
Some WGs are really after the money, though, and they can’t be bothered.
So based on the information above and reading the review (and many reviews about the same WG) carefully, here’s a very plausible scenario:
Jane just finished another booking where she let the client perform anal on her (uncovered), then went straight into BBBJ (uncovered oral) and CIM (he came in her mouth uncovered and she swallowed the semen). She then heard door bell, finished the booking and went straight into the “into” room. This guy books her and goes right into DFK (deep French kissing) BEFORE she had a chance to go back downstairs and gargle/freshen up… You get the picture, don’t you?
Why on Earth someone would think that was a great deal is beyond me. Why someone would expose himself and risk his health in such reckless manner is beyond me.
Before anyone puts forward a tired old argument re. so-called “double standard”-i.e. WGs allowing unprotected oral performed on THEM, let me point out some facts.
-I’ve spoken to my GP about unprotected oral (female/female, as I am a lesbian) and she told me that the chances of contracting STD that way was less than 1%
-Generally, WGs (the ones I know) are professionals: they get tested monthly AND do  visual checks daily. Also, they will not allow just any client to perform cunnilingus on them, definitely not the ones that have cold sores on their lips or any other signs of being unwell.
-Men, on the other hand, seem to ignore any and all abnormal signs (even if they literally “stare them in the face”), would lie about their symptoms and refuse to see a doctor. Just the other day a friend (male) told me a story about a “scare”: a woman several of them guys had unprotected sex with was diagnosed with STD. My friend rushed to the doctor and did so again every month for 6 months, while his friend (who partook from the same offering) refused to get tested even once, all the while continuing having unprotected sex with his girlfriend (and who knows how many other women).

When guys have unprotected sex (oral or full) with a pro, the odds are stacked against them (and the girl). It’s a numbers game.
An average WG sees anywhere between 3-8 guys daily (some ,like CrystalHotBabe in Melbourne see up to 12-14 by their own admission on the forum-I don’t think that leaves much time for showering/gargling).
If she said “Yes” to you re. BBBJ, she probably said “Yes” to all those other guys. A fair number of them came in her mouth on that day as well. So you are now sticking your “thingie” into a petri dish that has all the bacteria/germs not only from the girl, but from all those other punters AND their sex partners (and if they frequent WGs who offer BBBJ, multiply that number by 100).
Aren’t you afraid your thingie is going to fall off??? Seriously. 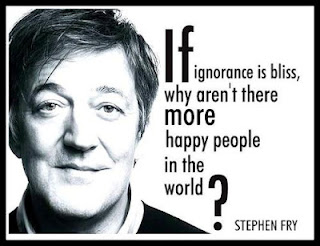 My GF told me about one of her male gay friends. He is not a sex worker (and has never been). He is just a young guy who’s idea of good time is going to clubs and having unprotected sex with random guys.
He thinks it’s great and he is living it up! Since he got his IPAD (technology is great!) he has been putting his doctor’s appointments in it-so easy with reminders and all. So my GF took a look at the IPAD and went through several month’s worth of history. Her friend had some sort of STI EVERY TWO WEEKS!! That’s a sobering thought.

I was in correspondence with one of the prominent punters (he is active on both  in NZ and Australia forums) a few months ago. We had somewhat of a mild argument on the subject. I’ve made a prediction. Here it is:
The history repeats itself. Often times we forget the history, but it doesn’t go away. If you look decades and centuries back, the pattern is clear: every time people get reckless with “good times” (i.e. indiscriminate unprotected sex with multiple partners), decease strikes. Major decease, one that wipes out thousands and spreads like wild fire.
In a few year’s time (two or three) there will will be wide spread of various STIs. No one would feel safe. Everyone would be scared. And girls like myself, who consistently refused to give into the “trend” (unprotected sex), will be able to charge premium rates for their services. I am not saying this to make myself into some kind of saint.
I just have enough common sense, clear head and realistic view of the “big picture” at all times and in a short time ahead it would prove to be the smartest business investment I’ve ever made.